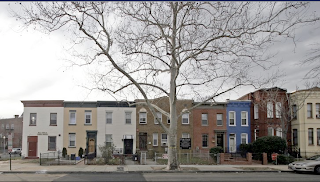 Washington D.C.’s Shaw District is a neighborhood steeped in history. In the early part of the twentieth century, it was home to a vibrant African American community, but it suffered from misguided redevelopment policies and civil rights riots in the 1960s, leaving it in a blighted condition for decades. In 2005, the city created the Duke Plan (named after Duke Ellington) to attract new business to the economically depressed district and spur revitalization. With bustling neighborhoods surrounding the Shaw District and threatening gentrification (seehere), the community group One DC began to plan ways of ensuring that the coming revitalization would be equitable and accountable. One DC won an agreement from the redevelopment corporation in 2003 to subsidize an affordable housing development, and, in 2005, it concluded the city’s first CBA with the redevelopment corporation and a private developer. The agreement included many CBA staples, including terms dealing with affordable housing, first source hiring, job training and a community development fund. Unfortunately, the CBA has been described as a poorly drawn contract, lacking clearly defined obligations, procedures and monitoring provisions. Nevertheless, the Shaw District CBA has been viewed as a watershed. An article by Ryan Juskus and Elizabeth Elia explains that:

One DC and Shaw residents claimed these blighted lots as community assets and declared that even these properties, if jealously guarded, could be a source of neighborhood power and wealth. This is the revolutionary idea of community-benefits agreements: that the community members - even those without money or power, who are usually ignored in development plans or manipulated like chess pieces - can be an asset and a force with which to contend…. If the Shaw community benefits agreement can lead other groups to harness these and other under-appreciated assets throughout the city, then it must be counted a success.

Indeed, the Equitable Development Initiative, a community coalition and an off-shoot of One DC, has continued to focus on ensuring community benefits for the Shaw District. The Washington Times ran a story on January 10, 2008, detailing some of One DC's current efforts and claiming that the neighborhood groups are enabling Shaw's "fruition."

packers and movers in mumbai said...


Nice post.Thank you for taking the time to publish this information very useful! I’m still waiting for some interesting ,thoughts from your side in your next post thanks.For more details visit here Packers And Movers Airoli

Wow, what a nice post.I really like this post.Please post some more information.
Packers And Movers Kalyan