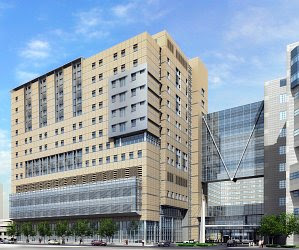 In Connecticut, a CBA concerning Yale University’s construction of new cancer center was reached in 2006. The community was represented by CORD (Community Organized for Responsible Development), a coalition of twenty-two community groups, faith-based organizations and local unions. The CBA also received support from the city, which used the California CBAs as a model when the Board of Alderman passed a resolution encouraging the hospital to enter into the agreement. Provisions included in the CBA relate to affordable housing, job training and local hiring, traffic and parking, union organizing rights and environmental issues. One of the more unique aspects of the Yale-New Haven CBA is that the hospital also agreed to fund outreach programs that will provide medical care to uninsured children and children suffering from asthma.

News reports show that the Yale CBA is being implemented, although not without rough spots. Money pledged to a community college, for example, was nine months late. The city and the hospital have also been in disagreement about the fulfillment of the local hiring provision.

A video about the new cancer center can be viewed here.
Posted by amy lavine at 1:30 PM