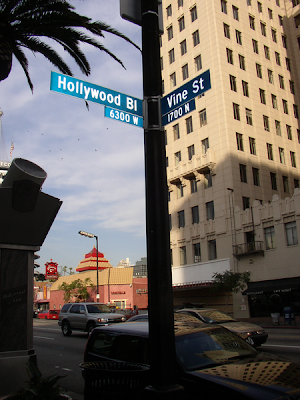 In 2004, developers Legacy Partners and Gatehouse Capital signed a CBA involving a mixed use, transit oriented development at the corner of Hollywood and Vine in Los Angeles (right up the street from the Kodak Theater at Hollywood and Highland, which was also the subject of a CBA). The 4.6 acre, $326 million project will include a 300-room W hotel, about 500 housing units, 67,000 square feet of retail space and more than 1,000 parking spaces. As in many of the other Los Angeles CBAs, LAANE helped organize the coalition and negotiate the agreement.

Under the CBA, the developers agreed to provide living wages for all of their direct employees (including the hotel, security and parking employees), use a first source hiring program, set aside more than 20% of the rental housing as affordable (about 70 of the 350 apartments), contribute $100,000 for a career ladder training program in the culinary arts, provide $500,000 for arts programs at Hollywood High School, and fund $30,000 to sign employees and neighbors up for low cost healthcare. The hotel also reached a separate agreement with the hotel workers' union.

As of early 2008, the CBA has been implemented smoothly. The affordable units will be more affordable than originally planned, and the developer has hired a staff person to implement the local hiring program. Money for job training and the high school has also been distributed.

Eric Garcetti, a city council member at the time the Hollywood and Vine agreement was made, has written several pieces about the development process and the CBA, located here, here and here. Also, see Community Praises Hollywood & Vine Developers for Community Benefits Package; Agreement Will Bring Living Wage Jobs, Affordable Housing and Job Training to Hollywood.
Posted by amy lavine at 6:30 PM

out of curiosity, what might be the actual resultant "living wage" for Hollywood & Vine employees in February 2010?

I'm not sure exactly how the living wage is set for the Hollywood & Vine CBA. A good place to start would be the Living Wage Policy of the Los Angeles Community Redevelopment Agency

Fine blog.Your guests, old and young alike, are going to love these.

Good. All things including the sets, props, costumes, styling, and characters will have to symbolize the time.